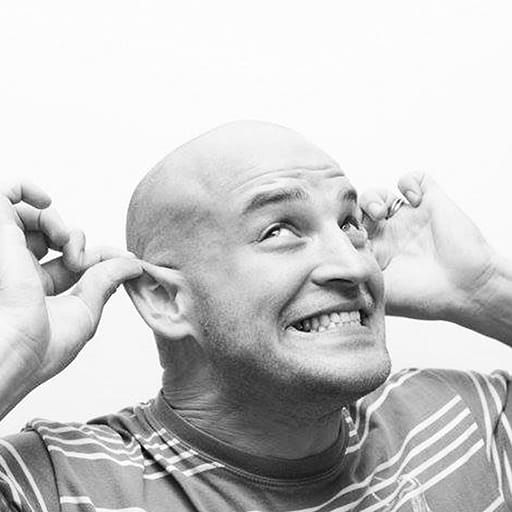 We sat down with Red Barton’s game designer Kosta Zdravković to talk a bit about his experience on the project.

I worked since I was seventeen in the advertising industry as an art director and illustrator. I later moved on to 3D graphics production. With this kind of background, it seemed a natural progression to evolve into the gaming industry.

Being a passionate movies and comics aficionado, I wanted to create a world that would reflect all my childhood favorites. So there is a lot of the 80’s culture weaved into Red Barton – with a contemporary twist.

Initially, the game was called Red Baron. I wanted to have this noble character in a quest for justice. When I was around 10, my friends and I were fascinated with a game with the same name. It was adventure on the screen and we were playing it non-stop. Even off-screen! Due to the Red Baron brand being already taken for a game, and a pizza chain, we renamed the character and the game name became “Red Barton and the Sky Pirates”.

I had this game idea for a very long time, but it came into reality during 2014. Just like that, I started to write the script and to sketch like mad. Ideas were flowing out naturally as it was brewing in my mind since a long while.

From the get go I knew that I wanted to create a high-quality and detailed game even if it was meant to be only for tablets and phones as was the case with the original plan.  Later, we decided to make the game available also for PC to utilize the high poly-count models, but I still had to create the low-poly versions of all 3D models to accommodate the limitations of the mobile device hardware. That was quite a lot of unexpected  (double -editor) work, but it was a great learning curve. Finding a style did take some time, as I wanted it to suit perfectly the storytelling and to be easy to manage.

To be able to go through the whole creative process and to combine all the experiences that I have accumulated over the years for this game. It’s incredibly satisfying.

When I was young, some of my favorite cartoon characters were pirates on sky ships, like “The Pirates of Dark Waters”, “Castle in the Sky”, “Treasure Planet” and “Nausicaä of the Valley of the Wind”.  Their free spirit and adventurous, fully packed lives always inspired me both in my work and life.

Another big influence of my childhood were “The Goonies“, directed by Steven Spielberg. This idea of adventure has always been important to me. So, there is a bit of it in the Red Barton, and even more in the upcoming game sequel which is in the early concept art phase.

I would say imagination and creativity, as a game without soul is not interesting. But if you think about the production process, I would say that versatility is key. That’s why we have a great team on this project.

Kosta, thanks a lot for your time.

“Red Barton & The Sky Pirates” is coming out in 2017. It’s the first major game release by Schism Worldwide, an indie game studio based in New York, USA with cloud based development firm around the world.