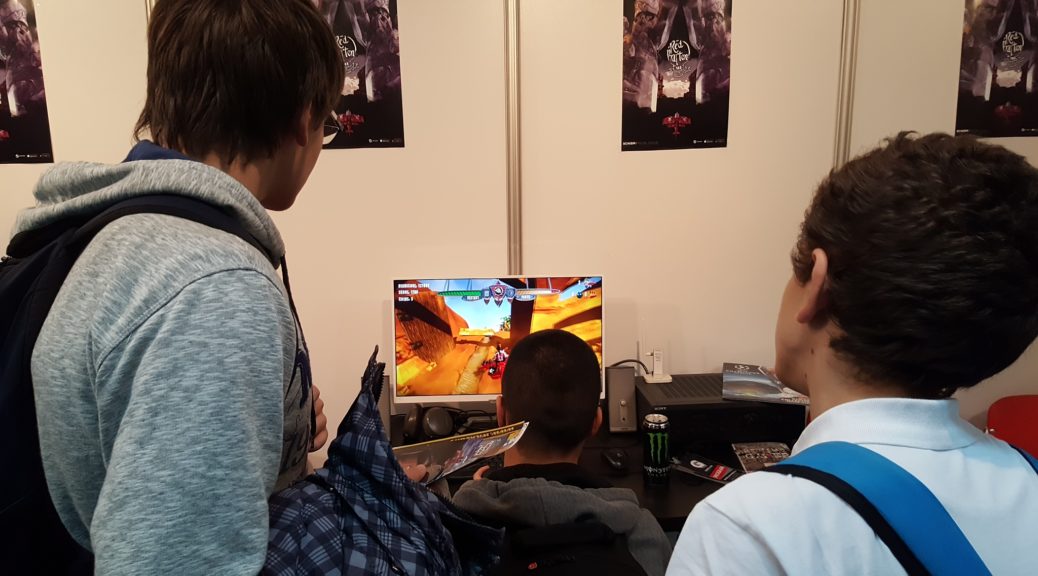 What an amazing weekend!

Three days of gaming and cosplay paradise, Games.CON opened many doors for game developers in Serbia and the Balkans.

The new beta version of Red Barton and The Sky Pirates received amazing amount of positive feedback and had many people try it! People were amazed when we told them that the textures and the models were original and created specially for this game by the man behind the game concept and design, Kosta Zdravkovic.

Lots of kids of all ages running around, some even asked our CTO Igor for his autograph, and two even went for the challenge of completing the game for a T-shirt. Their mother, who was looking for them, sat and waited for a long time, watching as they cleared levels and rejoicing together with them, as they triumphantly skittered away with their new Red Barton T-shirts.

Check out the album here and be sure to follow us for the announcements of future events and news about the game.